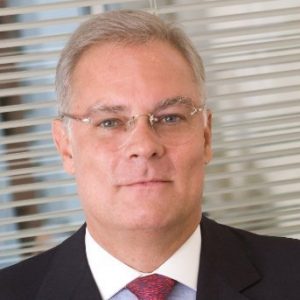 Member of the board

Founding Partner and Director at Talent Solution. Anglo-Brazilian, BA degree in Business Administration from the Pontificate Catholic University (PUC-Rio de Janeiro), with several professional specialization courses abroad. Worked for 24 years as a Banker in leading financial institutions in Brazil and in the USA. Served as Honorary Australian Consul for the State of Rio de Janeiro and began his career as a Human Resources Consultant in 1999. In addition to specializing in Executive Search, is actively involved in Assessment and Integrated Coaching projects.

Peter began his career as a Human Resources Consultant in 1999, when he joined Korn/Ferry International to head up the Financial Services practice (banks, insurance companies, private equity/venture capital funds, brokerage houses and clearing companies), As Senior Client Partner he also led projects in the Industrial, Mining, Pharmaceutical, Chemical/Petrochemical, Agribusiness, Retail, Energy, Metallurgy, Consulting Firms, law Firms, Media and Entertainment, Culture, Tourism/Travel and Real State Sectors, among others. In 2004, he received the Client Satisfaction Award – South America from Korn/Ferry International, for having reached the highest client satisfaction rate in that continent. He was also one of those responsible for introducing the Management Assessment practice in Brazil.