The Future Of Workplaces Is Changing. Include Your Next-Gen Leaders In The Conversation. 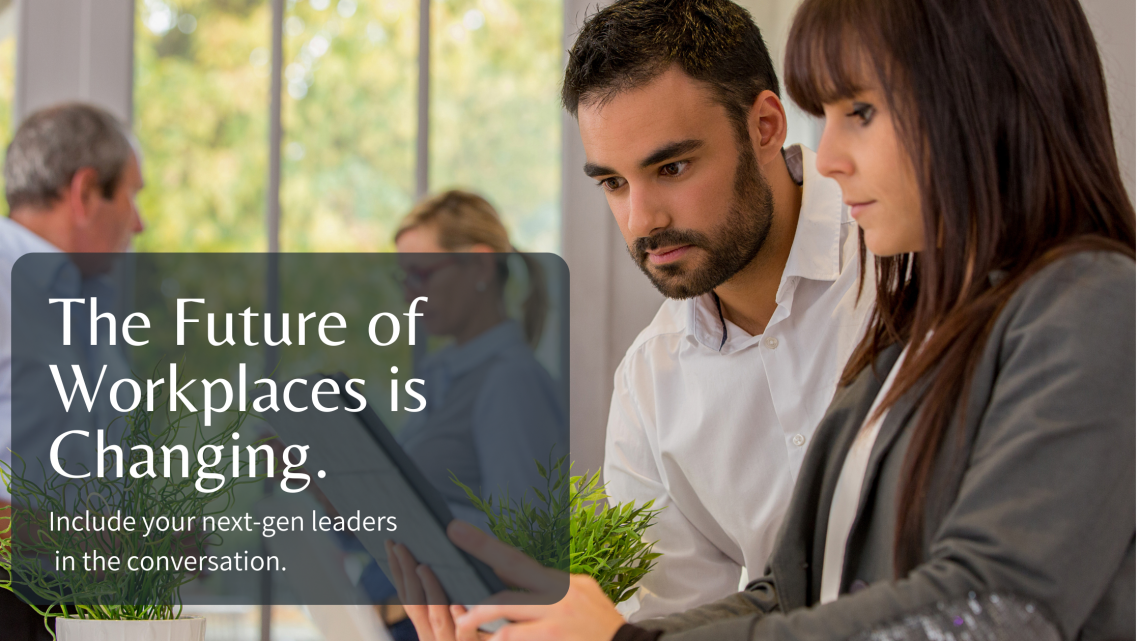 In a few weeks, it will be 2023. However, the conversation continues about whether or not to go back to work, by which I mean returning to actual physical workspaces. While some companies — most notably some of the global financial services firms – have been huge advocates for teams being physically onsite, many are still in ongoing conversations. We all know now most of the pros and cons. Those in favor of onsite say the organic mentoring and brainstorming that happens when people are in a shared space leads to better outcomes. Those who prefer more remote opportunities say you will attract and retain younger workers, as well as expand your talent pool beyond the commute region of the office. And, of course those in the hybrid camp say you can have the best of both worlds. But understanding the debate doesn’t address who should participate in the dialogue.

Executive teams need to include younger generations in a decision they will have to live with.

Workplace changes are permanent. The height of the pandemic has passed but some of the key changes in how we do business will remain. Perhaps one of the most notable differences is how much of the workforce wants to work from home, partly or totally. The pandemic prompted a huge spike in people moving house in the United States. (Less so in the United Kingdom, where there were more restrictions around moving house during the pandemic.) Employers in expensive markets may need to meet the workforce where it is to acquire and retain top talent. And it’s not just logistics; it’s an attitude. Signaling that your executive team embraces change in terms of workplaces also indicates a willingness and ability to adapt to other changes. That is important in an economy and environment like our current one where we remain in relatively volatile conditions.

Don’t just consider the right now; consider the right conversation. Try not to think too short term when making your decision about whether to bring your employees back into the office. It is perfectly reasonable to consider how much you are spending on a lease and utilities for only a handful of employees. But forcing reluctant workers back into a space, only to have people leave the company altogether for an employer who will let them work from home will ultimately be a far more costly outcome. In the United Kingdom, November 2021 saw the largest spike in resignations ever recorded. While that has likely hit a plateau, the mindset has shifted where people feel less willing to be trapped in work circumstances they resent.

The conversation itself sends a message. Even if they don’t take such drastic measures, not listening to your team depresses morale and importantly, communicates that their priorities are not the priorities of the executive team. Millennials and Generation Z workers in particular have repeatedly indicated in [surveys like this] that feeling heard and their values taken seriously directly impacts their long term loyalty. And what those employees say to others on social media and elsewhere can also impact your brand’s reputation among consumers. If you want workers to think like leaders, you must treat them that way.

Is it time to go back to work(places)? Include tomorrow’s leaders today in the conversation.

These decisions are not easy, and the people impacted will have hugely different perspectives. Most office employees who are young Baby Boomers or Gen X have been coming onsite to an employer-provided space for decades. At the other extreme, the first Gen Z employees were just joining the workforce as the pandemic hit. Understanding the way forward for your company can and should take multiple conversations. Lately, I have seen huge variances in how different companies are dealing with this issue. I can offer two insights: one, on a pragmatic level, don’t just enforce a policy for the sake of enforcing. There is still a lot of movement in the workforce and your best (most employable) talent will leave you. Two, remember that the conversation you’re having is not just pragmatic, but cultural. Whatever you decide, how you make the decision needs to reflect the future leadership. Use this moment as an opportunity to reinforce (or implement) a culture of getting all the voices in the room. Even if the room is a virtual one.

You’re Rethinking Your Business Strategy. But Do You Have The Right Leadership Strategy?
01/09/2022