How Do Teams Benefit Leaders? In Every Way Imaginable. 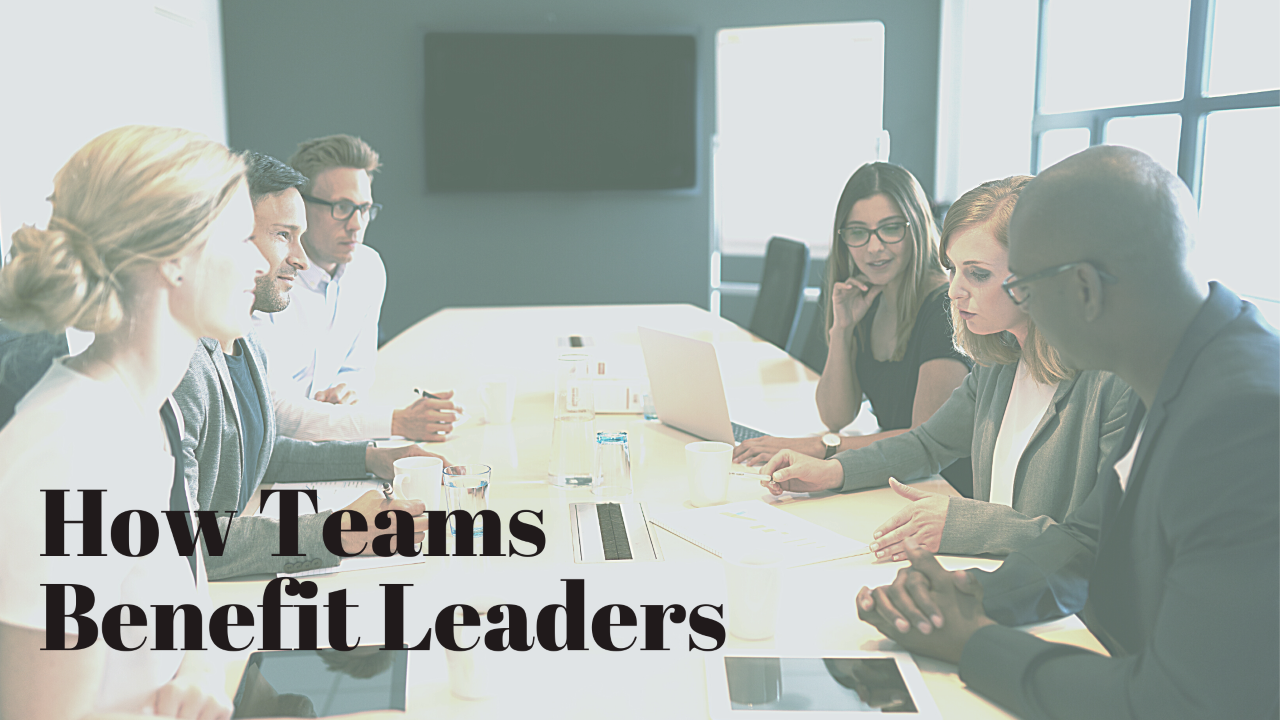 Why do we have leaders? The answer is all in the name, right? We can’t get to where we’re going, if it’s more than one of us, without someone to lead us there. We need someone to make the tough decisions, or plan the strategy, or communicate on behalf of everyone else. Ok, yes, to all of that. But that’s what everyone else gets – the followers, if you will. What does a leader get out of being the leader? How do teams benefit leaders? The obvious answers are power, or accolades or whatever. That’s probably true – at least some of the time, for some of the people. But teams benefit leaders in ways from the small to the profound.

It’s critical to understand and value how teams benefit leaders

I am currently transitioning out of my current position (more on that to come) and I’ve been reflecting on my own role as a leader. As I’ve interacted with my team recently, I realise more and more just how much teams benefit leaders. Conventional wisdom is that a team needs a leader to incentivise others and motivate them, direct them, et cetera. But if you look at it only from the perspective of how the team needs a leader, you’re limiting yourself to a one-way lens. Leaders get a lot out of their teams, both functionally – and importantly – emotionally. Teams are critical to execution and scale of operations. That’s not as simple as just multiple people doing rote tasks towards a single function.

Only 38 per cent of companies are organized by function, according to research. That means organisations recognise that leadership is about more than one person who’s been doing something for a long time overseeing other people now doing the same thing. Teams, at their best, are multicultural, international, multigenerational, and cross-functional. Those different perspectives and skill sets are important for the work itself, but they’re also important for relationships. We learn from each other, benefitting both from the additional viewpoints, but also how to communicate things in different ways than we’re used to. That’s true not only when you are trying to connect to someone who you report to, but also when you’re engaging with your own direct reports.

The best leaders don’t always have to lead. I find understanding my team’s needs, learning what motivates them and helping them to develop professionally, to be an incredibly rewarding experience. However, they also motivate me; they help me to grow as a leader. Sometimes it is simpler than that – my team makes me feel supported. They signal to me that my success is the team’s success, and vice versa. Sometimes when I was dealing with the necessary but challenging politics that happen in any company, it was refreshing to know that my team had my back. If I was about to go on holiday and someone from the executive team had a last-minute ask, they would rise to the occasion and cover for me.

Sometimes it just meant being able to take an emotional break and make a joke in an environment where it was safe to do so. But I also knew they would show up when it was most important and that they would impress others beyond our group. Some leaders would worry how their team would do in critical moments. Not me. Whether it was presenting at an offsite or just being on time for a meeting, I knew they would not just be in the house, but own the house.

Appreciating how teams benefit leaders will make you even better

Being in charge can be fun. No one will dispute that. (If it’s never fun, you’re not doing it right.) But it’s also lonely at the top, and that is part of the reason (good) teams benefit leaders for social and psychological reasons, not just functional ones. The delegation of duties across those who report to you allow you to keep moving forward, often at a strategic level, as well as allow you to continue to engage in growth-related activities. But I’m so grateful for the “other” ways I benefit. Whether it’s their enthusiasm or commitment or innovation, or just generally buoying me when I need it, I have learned as much as I have led.

Part Two: From Daydream to Day Job: How People are Turning Side Interests into New Careers
24/03/2021

Part One: The Nature of What We Call Work is Changing. So are Attitudes and Opportunities.
25/02/2021

Twitter Dumped Trump. Is This The New Corporate Political Responsibility?
26/01/2021

Is Flexibility on Your CV? The Skills Companies Need Now
03/11/2020
Leave Comment