The Future Of Remote Work 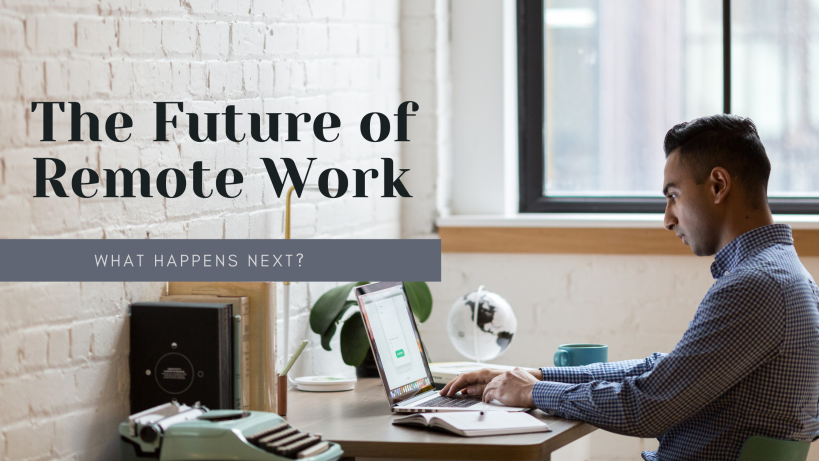 Are People Really Going Back to Work? Sort of – Understanding the Future of Remote Work.

As the world has begun to open up, thanks to rising vaccinations and falling Covid rates – in most places – one thing seems clear. We’re not going back to normal, or back to 2019, or “back” to anything before. We’re moving forward in a world changed forever by this pandemic. For those who work in offices, there’s an open question around the future of remote work. There’s hardly a consensus. In one week, I had two different clients with opposite answers. The first insisted that offices would be re-populated as employers and employees tired of being stuck at home, missed personal interaction and generally craved being back in a traditional work environment. Later that week, another client heard that theory and responded, “Yeah, good luck with that.”. I found it interesting that the first client was a young Baby Boomer and the latter was an older Millennial. Will the perspective break down by generation? That seems overly simplistic. It would seem likely that industry will play a role – technology companies are likely to lead the way toward a permanent remote work force, while more traditional organisations like investment banks might be less inclined to do so. Still, that also feels like an easy answer. But it seems clear that no version of the future looks like our recent past.

What is the future of remote work? Are we already there?

We already know that investment in remote work capability skyrocketed last year. Companies spent $317 billion in 2020 on information technology for remote work, according to a study by Gartner, a research company. And a recent McKinsey poll of 100 executives revealed that 9 out of 10 see hybrid work as the future. Not surprisingly, there’s a fleet of mostly start-ups bringing to market all kinds of tools to make it easier, from apps that let employees book a desk for the day, to a tabletop electric owl that focuses its gaze (camera) on whomever is speaking so remote callers can follow along. Yes, really.

Legal issues. There’s another argument for the future of remote work, which is that it might not be settled by employers, but by the courts. While remote work was on the rise before 2020, it was a voluntary decision by certain organisations with specific types of workers. Last year, government officials forced many workplaces to shut down because of a health crisis. But that crisis is hardly over. As of this July, the UK is averaging over 30,000 new cases per day. That’s nearly the entire population of Windsor. Every day. It would be reasonable for courts to hold that employees are within their rights to refuse to go back into the office, while a highly contagious, sometimes fatal virus continues to circulate.

Hybrid hypothesis. Many are pointing to a hybrid model as the solution. Like any compromise, there are pros and cons to having people in the office some of the time, or some of the people all of the time. It allows for more social distancing, obviously, as fewer people are occupying the space. And one could make sure that only people who truly have to be on-site are coming in. Apple is even rethinking whether all of their retail employees need to be in the store – one can imagine giving technical advice (their “Genius Bar” support) from a remote location. And it wouldn’t be difficult to create incentives for people to make more of their purchases online – in places like New York City you can already get your Apple purchase delivered within hours for

just $9. Of course, that doesn’t change the current inequalities of the work force in general. Those who work in non-office jobs continue to take on more of the risk. Chefs can’t cook food remotely, Amazon deliveries don’t happen via Zoom calls and we’ve hardly solved a way to educate children outside of the traditional classroom. This means that white collar employees in high-paying jobs are likely to also remain the safest.

The future of work is uncertain. But it’s clear it will be different.

It will take many years for us to fully understand the ways that the pandemic changed how we do work. Some changes are obvious now, as we accelerated down a path of digitalisation that we were already on. But realising changes to our attitude about the future of remote work, the ways we accommodate it, and who is eligible for it, require a fortune teller and her crystal ball. Hopefully, she’s available by Zoom.

Just Give Them The Remote: How To Beat The Great Resignation At Its Own Game
08/03/2022
Leave Comment