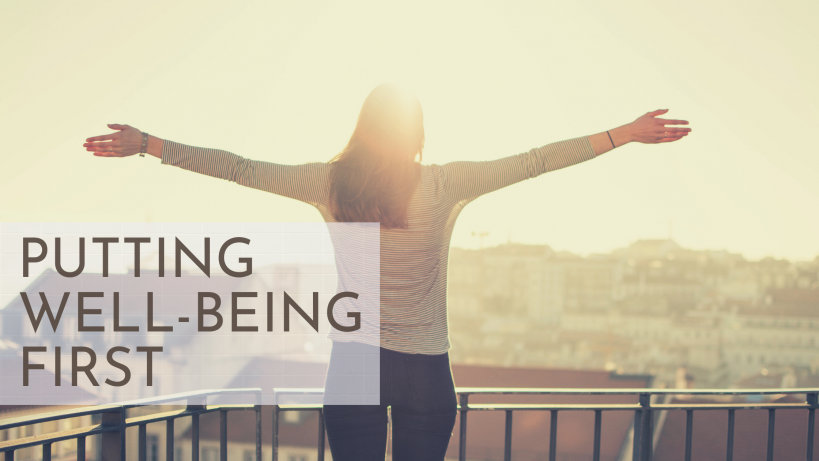 When the Pain Isn’t Worth the Gain: Putting Well-Being First

There was nothing normal about the 2020 Olympics. First of all, it wasn’t in 2020 — postponed, like so much of life last year, due to the coronavirus. Ultimately, we saw a version that reflected much of the pandemic-based transformation we’ve seen elsewhere – far fewer crowds, far more masks, awkward substitutions for simple but iconic moments, like draping a medal over an athlete’s head. But there was another shift that bubbled up in this year’s games – prioritising one’s own well-being over the demands of an organisation, public pressure, or even the desire to win. Simone Biles is not the only athlete who recently chose putting well-being first, though her decision at a high-profile event like the Olympics was practically revolutionary.

Another lesson from the pandemic: putting well-being first

For world class athletes, their talent and determination are combined with years of mental training that filters out any distraction, any obstacle to their success. But the cost of that filtering can be a loss of self-preservation instinct. Adages like ‘no pain, no gain’ can undermine the fact that pain can be a vital communication that the body is at risk. For Biles, her mental health condition – possibly manifesting itself as the ‘twisties’ during the vault event – was clearly in peril. Experts agree that Biles’ inability to control how her body twist put her at high risk for injury, paralysis – or, due to her exceptionally fast and complex routines – even death. But until recent years, it would have been unthinkable for an Olympic athlete of Biles’ profile to withdraw in the middle of a competition – especially a team event, where the pressure to compete is tied to an expectation to put the larger group before self.

Earlier this year, Naomi Osaka dropped out of the French Open, putting her well-being first as the pressure to conduct interviews with the media was compromising her mental health. Like Biles, the decision was extraordinary. To question the rules and tradition of Grand Slam tournaments was unthinkable. But Osaka made it clear that she wasn’t trying to be revolutionary; she was simply unwilling to sacrifice herself at all costs. As she said in a recent article: ‘The intention was never to inspire revolt, but rather to look critically at our workplace and ask if we can do better.’.

Those of us in careers where physical prowess doesn’t extend beyond typing on keyboards might think we can’t (or shouldn’t) personally relate to Osaka or Biles. But after more than a year of living with the pandemic, more and more employees are putting well-being first. This shift in attitudes has begun to impact a certain balance of power between employees and employers. Some companies are revisiting requirements that employees must come into the office. Others have acknowledged that inflexibility has led to retention issues. While individual employees don’t have the influence of world-class athletes, the momentum is shifting everywhere. The lie-flat movement in China has extended to thousands of young people rebelling against the strenuous work expectations of the six-day work week necessary to achieve the traditional notions of material success.

Employers will have to learn to value those who choose putting well-being first. Or lose them.

As people reconsider their priorities around physical and mental health, employers who are early to adopt new ways of working will likely benefit from the best talent. Investment bank Jefferies recently not only raised salaries of junior employees – a traditional way to compete for talent – but also gave them Peloton bikes to use while they work from home. It’s too early to know just how much the pandemic has permanently shifted the way we do work, but smart employers will adjust before it’s too late.